Why is attribution key to budgetary efficiency?

On 8 December, Arcane took part in the Digital Acquisition Day organised by AntVoice.

On this occasion, Paul - Data Scientist - and Adrien - Data Analyst - delivered a webinar.

Our two experts spoke on a key subject that is very close to our hearts: attribution. It involved looking at it in the light of budgetary efficiency to ensure a maximum ROI.

Today, we're going to look back at the event with you and put the video replay right here!

To get to the heart of the matter, it means precisely defining what attribution is.

If we look back a few years, the interpretation of advertising performance was simple. Users generally had access to a single device, might arrive on a website via a marketing lever and then convert (by making a purchase, for example) or not.

It was then easy to measure the effectiveness of each acquisition channel by analysing the costs of that lever, compared to the number of conversions or the associated revenue.

The conversion pathway of these same users today is much more complicated for several reasons:

For all these reasons, conversion pathways are much more complex. The advertising solutions themselves clearly reflect this new complexity: focus on the top or bottom of the funnel, focus on new customers, focus on lapsed customers, etc.

Thus, seeing the interpretation of performance solely from the point of view of the lever that led to the conversion, no longer makes sense. This would be overlooking the complexity of the pathways and the diversity in the role of each lever.

Attribution is the science that enables credits to be attributed to the marketing touchpoints that contributed to a conversion.

Here's an example of a conversion pathway with several touchpoints:

In an even more illustrative way, we could compare attribution to football: who gets the credit when a goal is scored? Should we congratulate the player who scored the goal, or the one that made the decisive pass?

Following a macro study carried out with our clients over 2020, the conclusion is striking: 18% of conversions, on average, among our clients are wrongly attributed. This means that the calculation of the profitability of different marketing channels can end up being very far from the reality.

As you can see: taking an interest in attribution allows you to make more rational decisions  between campaigns and levers.

Attribution analyses result in a ROI that's as accurate as possible for each lever or each campaign, taking into account all the touchpoints that lead to conversions.

Our experience with many clients has enabled us to set up customised models according to the length of the path-to-purchase, their objectives, their target, their sector, etc.

An attribution model is a set of rules that enable weight to be attributed to the different touchpoints on the path to conversion. There are several standard models that we're going to explain to you using our idea of the football match.

The rule is simple: attribute the entire value of the conversion to the last lever in conversion path. Only the striker is deemed to be responsible for the victory, in a way!

The last click non-direct model follows the same logic as the last click, but gives no credit to direct visits: if the last channel is direct access, we go back to the second to last channel and so on. It's a model that always gives credit to the striker, unless it's a particular player. 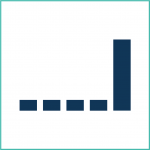 It's the same as last click, except that all the credit for the conversion goes to the first lever: as if the player credited with the goal was the first player to have had possession of the ball! 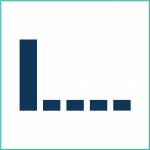 It simply means attributing the same weight to all the marketing levers that played a part in the conversion. It's as if all the players reaped the same rewards after a goal, irrespective of the part they played. 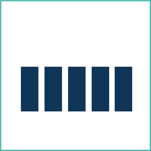 It assigns more credit to the levers closest to the end of the conversion path, unlike those at the beginning which will be given less weight. Thus, the players who came in at the end of the action are considered to be more deserving than the others. 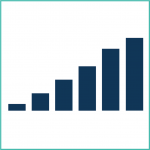 The position-based or U-shaped model

It favours levers at the start and end of the conversion, neglecting those in the middle. It's as if the midfielders were considered to be secondary in our football match. 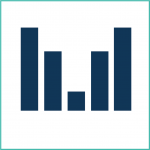 It is different to the other models because it is based on rules derived from data from the conversion paths. We look at the interactions between the different levers to extract rules and identify the lever that plays the biggest part in the conversion.

Data-driven models are different to the others because the rules are determined via algorithms, by analysing all conversion paths. They can thus vary from one client to another.

Here at Arcane, our methodology enables us to analyse the data and offer the attribution model best suited to each client.

Our vision of attribution at Arcane

We have developed a methodology that reflects our vision of attribution. It is divided into three stages.

The first stage involves analysing all the conversion paths over a period of time, to spot trends and build a consistent attribution model.

It also gives a better understanding of your users' behaviour and your marketing levers.

This stage particularly includes analysis of the number of touchpoints, of the rôle of each of the levers, of their interactions and the comparison of different attribution models  applied to conversion paths.

Suggestion of a new model

Secondly, we suggest a new attribution model which reflects both the behaviour of users, the levers and the client's business objectives.

Each of the criteria will enable us to suggest a particular rule for the model, for example an overweighting of the first touchpoint if the client is seeking to acquire new customers, or an underweighting of a direct lever if it's cannibalising other levers.

How to use the attribution model on a daily basis to get a clear view of your budgetary efficiency? Our suggestion is centralised reporting for a clearer view of budgetary efficiency. This is where we use our HubMetrics technology, which, unlike Google Analytics, provides data on the costs of all the levers and applies the chosen attribution model.

Comparison of the features of Hubmetrics VS Google Analytics

Lastly, three criteria seem particularly important to us for a high-performance attribution model and to ensure the analysis is relevant:

You know everything about our vision of attribution at Arcane, but you can look deeper into the subject with our video! As you will have understood, today sees the end of the last-click, however, this model is still the most commonly used, so there's still a way to go. 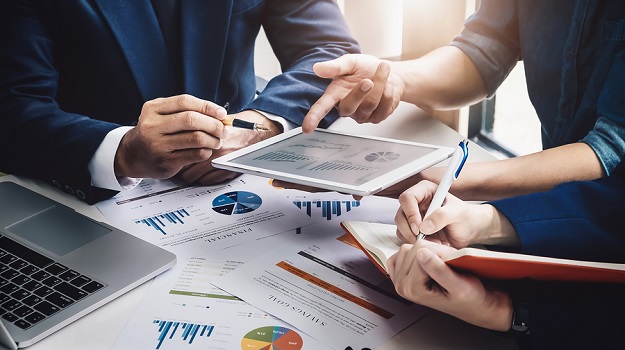 Why and how should you use Google Data Studio?

In the world of digital marketing, it is essential to be able to clear ....

User consent: how to comply with CNIL (the French national information science and liberties commission)